One day in 2014 was a day like any other for community health worker Corrie.

She was scheduled to visit a new “low-risk” client. Nothing seemed out of the ordinary. “He was a fellow that was extremely strong, even though he was elderly,” Corrie recalls. She was washing lunch dishes in the kitchen when it happened. Her client came up from behind, grabbed hold of the kitchen sink on either side of Corrie’s waist and started pressing himself against her. In the four hours that Corrie remained in her client’s home, working, he was able to sexually assault her for a second time. “I finished the visit,” says Corrie matter-of-factly. “He was an elder. How could I leave him alone?”

In her almost 25 years as a community health worker, Corrie has seen it all, from loaded guns to drugs - even snakes - in the home. She has been verbally abused, hit by her clients and attacked by their pets. And she’s not alone. Rene, a younger community health worker, says she has also experienced verbal abuse and sexual harassment in less than a year working in the field. “It is an extremely unsafe job,” she says. “A lot of the times we don’t know what we are walking into. We get a name, we get an address and off we go.”

It is an extremely unsafe job. A lot of the times we don’t know what we are walking into. We get a name, we get an address and off we go.
— Rene, Community Health Worker & UFCW 1518 member

There are around 8,000 community health workers in British Columbia. Unlike most employed in the public health care system, they work in people’s homes, caring for clients who have been discharged from the hospital but need support to live on their own. And unlike hospitals or long term care facilities, the home is an unpredictable – and at times, dangerous – workplace.

According to WorkSafeBC’s 2015 annual report, the overall injury rate of community health workers is double the provincial average. The data also show that workplace injuries in the health care sector are not just commonplace but too often linked with violence. Of all time-loss claims due to acts of violence or force reported in 2015 in BC, 63 percent came from the health care sector. “Our job is a risky job”, affirms Corrie. “We go into people’s home, their environment, and we don’t always know how that’s going to look like. We are by ourselves.”

There’s no doubt community health workers are an essential part of our public health care system; the role they play is proven to extend quality and length of life for the clients they serve. They care for some of our society’s most vulnerable members, yet through their work they can be made as vulnerable as those they help. The threat of violence is an everyday reality for these workers but health authorities and employers have yet to ensure adequate protections for professional care givers working in the home. What are the challenges of fighting violence in homecare work and how can we move toward a safer workplace for community health workers?

WorkSafeBC defines workplace violence as “the attempted or actual exercise by a person, other than a worker, of any physical force so as to cause injury to a worker, and includes any threatening statement or behaviour.” For community health workers, violence is as versatile as this definition; it can happen anytime, anywhere and from anyone in the course of their daily work.

“It could be from animals. It could be from family members. And there’s the psychological side of it: there’s dementia, there’s aggression. It could come from any angle,” says union representative Ashley Campbell. The nature of the work environment, the home, puts these workers at risk under conditions that are hard to predict: one day the threat could be a client’s pet, another day, the neighbourhood, and yet another, the client.

Our job is a risky job. We go into people’s home, their environment, and we don’t always know how that’s going to look like. We are by ourselves. — Corrie, Community Health Worker & UFCW 1518 member

The isolation of community health work complicates the ability to address violence when it happens, since CHWs lack the immediate support of managers, co-workers and witnesses. “When you go into someone’s private home, there are no checks put into place,” explains director Monica Staff. “When you work in a grocery store and a customer becomes aggressive and starts yelling at you, you can call a manager and have them come take over. If you are a community health worker, you are there by yourself and you have to deal with it on your own.”

Uncertain or unknown threats in the home combined with the dangers of working alone make it hard for employers to ensure their employees will never experience unsafe working conditions. According to Campbell, this is one of the biggest challenges in holding health care employers accountable. “They have to at least commit that they have strong policies and procedures in place. That they have strong training. That they tell people their rights and how to refuse unsafe work.” But the regular experiences of violence at work for CHWs indicate that the employer could do better in keeping them safe.

Corrie’s “low-risk” assailant was not a new client. She eventually discovered that other community health workers had also been assaulted by him. But nobody had filed a report. “I think a part of it is that people are ashamed that this stuff is happening. And part of it is we are health care workers and a lot of us have this mentality that this is part of the job,” Corrie says.

The notion of community health work as a caring profession feeds this mentality. “Our community health members chose their profession because they are caring people. They care so much about their clients that they feel guilty,” Campbell adds. There is a level of emotional attachment and commitment that community health workers develop toward their clients, particularly those they care for over time. But it is this very commitment that can cause them to put themselves at risk. Research shows that violence in the health care sector is underreported by as much as 70 percent, according to a 2016 article in the New England Journal of Medicine.

For community health workers, invoking their right to refuse unsafe work, a regulation in the Workers Compensation Act, might very well mean their client gets no care that day. And that’s unthinkable for most. “In our meetings when we are talking about safety, I see this dangerous mentality in our members. I hear it in their responses. They say: ‘But what about the clients? I don’t want to say no because I feel guilty that person is going to go without care,’” says Campbell.

Despite the uncertainty of working in the home, not all risks are unpredictable and health care employers are required by provincial law to do everything in their power to minimize the risk of violence. In reality, however, not all employers are diligent in meeting this requirement. Information about a client’s health conditions and potential risks, for example, is a crucial resource for community health workers in preventing violence. But CHWs often receive client care plans that are incomplete, or worse: they don’t receive them at all. This has happened to Rene on many occasions. She has also been scheduled to visit clients who haven’t even undergone a risk assessment. On one occasion, Rene visited a client who had mental health issues that she was not informed of, and for whom there was no care plan on file. He locked her in his home for 45 minutes before letting her go. What’s worse, when Rene requested not to see this client again, her employer dismissed her concerns. “They told me I had to go again, because it wasn’t a good enough reason. I was terrified.”

Linda, another CHW with over 20 years of experience, also feels her safety isn’t a priority for her managers. She says she and her coworkers often get pressured into doing things they are not comfortable doing. “The managers downplay it. They say ‘oh no, it’s okay. You can do it. It’s not a big deal.’” When Linda recently refused to visit a home known to be infested with bed bugs, her manager minimized her concerns. “I’m well aware of my rights but they really tried their hardest to get me there!”

Community health workers also feel they lack training in the new set of duties they are being asked to perform by their employers, which puts them at risk. According to Corrie, there has been a drastic change in her profession: her clients have become more complex over the years and her duties have expanded from homecare to nursing. Mental illness and addiction are common in her clients, but she has received no education about how to handle clients with these conditions: “We don’t have any training on schizophrenia but we could have eight clients in a week with schizophrenia. We don’t have any training on alcoholism but we have a lot of alcoholic clients,” says Corrie.

A culture of safety

Building a culture of safety in the community health sector is imperative if community health professionals are to perform their jobs effectively. Steps in the right direction are being taken, starting with speaking out against violence. Campbell says that as a union representative, her main goal is to raise awareness about members’ rights and empower them to stand up. As a union, UFCW 1518 is working hard to hold employers to their promises of safety trainings and commitment to make safety a priority.

Although it has been slow, Corrie says she feels a shift in how community health workers think about violence. “Now the mentality is that this is not okay.” Campbell also believes things are getting better, pointing to Island Health Authority’s commitment to train all of their employees, including CHWs, in violence prevention through both online and classroom courses. Director Monica Staff is optimistic and hopes that the union can make more impactful changes through the Provincial Violence Prevention Committee and the Provincial Mental Health Committee. “Being part of these larger provincial committees is important because we actually have a voice and a role in advocating for the community health sector,” says Staff.

One recent safety measure enacted by employers is the implementation of a call-in procedure, which mandates that community health workers check in and check out of their shifts over the phone. Another is the requirement of sending two CHWs at a time to visit high-risk clients. Staff hopes that this year’s implementation of WorkSafeBC’s High Risk Strategy, which includes inspectional activities and education, will improve employers’ violence prevention programs and reduce violence-related injuries. “It’s long overdue. But we won’t stop fighting until all of our community health members can go to work each day with the certainty that they are safe, supported and secure.” 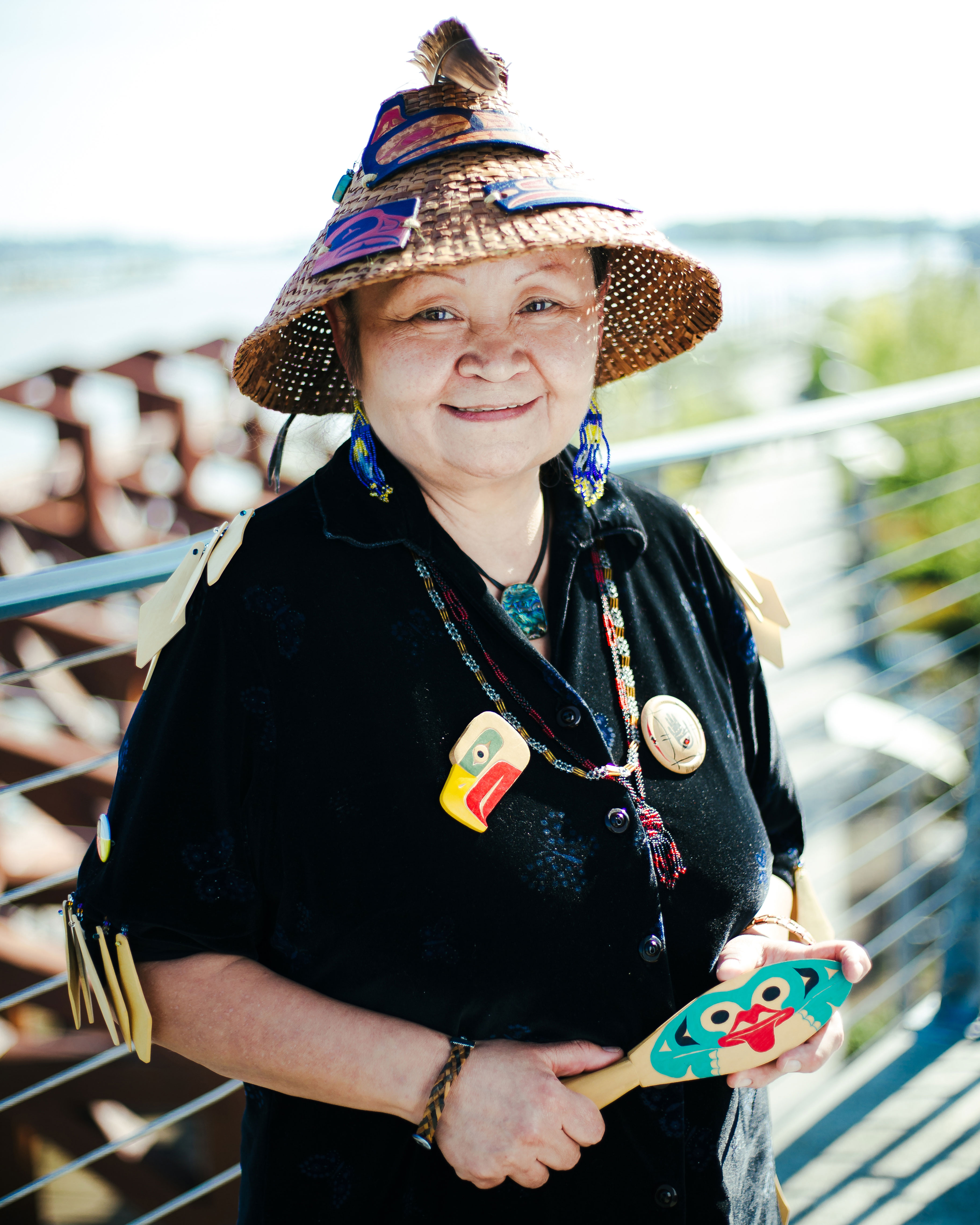 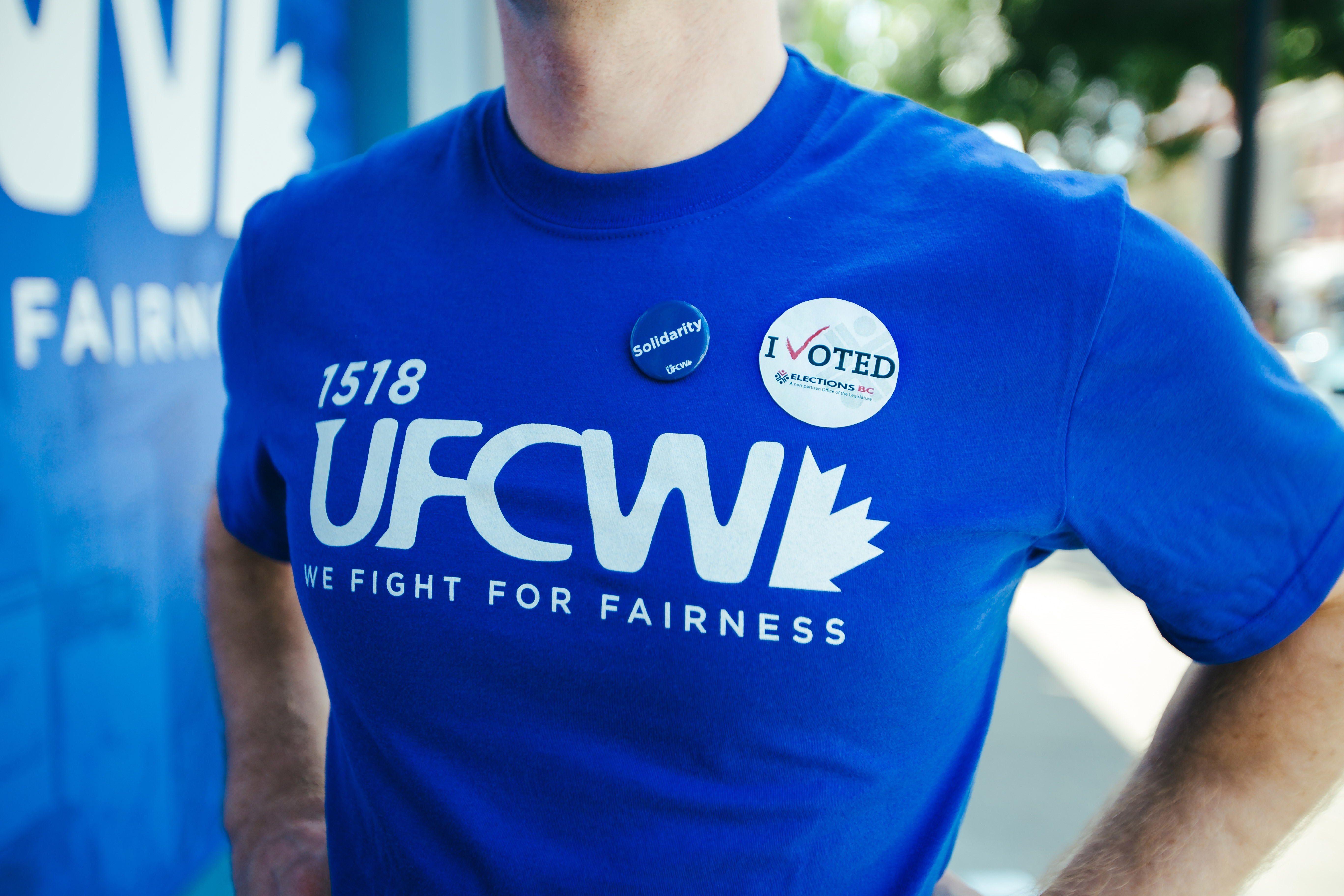 A Vote that Counts